We have been online since summer 2009; we have been reviewed on TripAdvisor & Trust Pilot. We are rewarded Certificate of Excellence in 2019.

Refreshingly different, something new awaits you every day.

Enjoy a Colombo Kandy Galle Udawalawe Yala Negombo or Kalpitiya day excursion, shore excursion, fully-escorted tour, self-guided tour, sightseeing tour, safari tour, architectural tour, photographic tour or adventure and sporting tour in Sri Lanka. Let us greet you “AYUBOWAN” which means “May you live long” and offer you an exciting array of leisure, and active tours. We are specializing in designing & offering individualized itineraries both to sites of world renown as well to locations within the island, which may be lesser known & less-visited.

Amazing trip
We were a part of a tour organised through Different Discoveries by our friends to celebrate their wedding.
From the time we were collected at the airport, to when we returned home, we received outstanding customer service from all involved.
Whether it was the small things like keeping us hydrated, and making sure my clumsy self didn't faceplant off the bus on the first day, to the not so small task of transporting 30 plus people around, they didnt miss a beat. Even when my brother had luggage put on the wrong bus by our hotel, they helped track it down and organised to stop off and collect it on our way back to the airport to go home.
We would recommend them in a heartbeat. It was one of the best holidays we have been on. Special mention to our guide Modi. He was so full of knowledge about all of the areas we visited and gave us a good insight on some of the history as well. 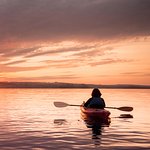 Sri Lanka trip
We have been traveling in Sri Lanka for 10 days with our private driver and tour guide
Nishantha from the Company Different Discovery.
He fetched us in the airport with flowers and a big smile.
On the tour he was good at responding to all our quistions about Sri Lanka.
He is very kind and always very helpful an will do everything he can to make your journey as good as possible.
He is an excellent guide and we can highly recommend Nishantha.
We could not ask for a better guide/driver. 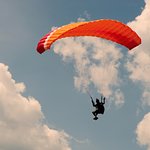 Anette and Charlotte from Copenhagen, Denmark.

Our best holiday, ever. Tour de Sri Lanka with driver and guide
We had a fantastic tour around in the southern part of Sri Lanka. The travel was ordered at CC-travel in Denmark but organised in cooporation with Different Discovery of Sri Lanka. The driver and guide Daya was fantastic and made this travel to our best holiday, ever. Daya was quick to pick up our passion, needs and interests. Daya was precise, perfect in English, handsome, friendly and a very pleasent company. Daya have a great knowledge of nature and biodiversity. This gave us fantastic exploration of the fabulous biodiversity of Sri Lanka. E.g. we saw several endemic and exotic birds, plants and mosses. Finally Daya is a perfect driver that means we could relax and enjoy the fantastic landscapes and culture. 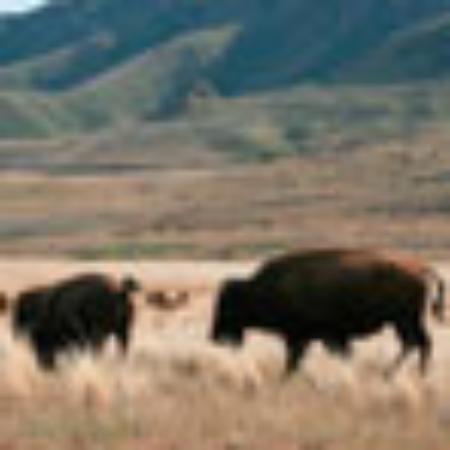 Dear Mr. Jones,
I have been greatly pleased to read your very nice testimonial sent to Rasith as well as with viewing the photographic record of Exeter School's trip to Sri Lanka in July. I might add that Exeter School merits a word of commendation for its imagination and enterprise in even considering mounting a school adventure quite so far away.
Of course, Sri Lanka is a glorious little island with a long history and a spectacular cultural heritage. It is also blessed with some of the most entrancing scenery anywhere and wildlife which is full of interest. As you know, outside of Amazonia and Borneo, it is blessed possibly with the greatest indigenous concentration of bird life in the world - around 160 species, if memory serves. It also still maintains habitat for a wide variety of mammalian species, including elephants and large cats, in the wild. For a small country, this is a far from modest achievement for a small country, and one, in particular, that until recently has been ravaged by an extraordinarily sanguinary civil war as well as one catastrophic natural disaster. The achievement is a tribute to the human spirit in general but, in particular, to the resilience and courage of an enchanting people for whom the island is home.
I am delighted, but not surprised, that you all had such a memorable visit (lots of smiling faces!) - not surprised because, in the hands of Different Discovery, I would have expected nothing less. By way of background, I met Dinesh, Rasith's brother, more than ten years ago, when my wife and I made our first trip to SL. At the time he was taxiing people from the airport to their hotels, and I was immediately impressed with his character - enthusiastic, cheerful and honest. As a result, on our way to the hotel, we made a deal under which he would drive us for the next three weeks, as we toured the great archeological sites of the country. During that three weeks, of course, we came to know him better, and other qualities rapidly became apparent. His conscientiousness and thoroughness were commendable. Wherever we were, every morning the car had been washed and cleaned inside and out. His choice of hotels along the way was always excellent and, naturally, his navigation and selection of places to visit was assured. Above all, he plainly was driven by a strong desire to please, and nothing was too much trouble. He also exhibited a quiet, unostentatious piety, which was unusual and very pleasing to witness. These, I might add, are all characteristics shared by his younger brother, Rasith, with whom you are now well acquainted.
Anyway, as a gesture of appreciation, I purchased his first computer for Dinesh and, from these small beginnings, Different Discoveries emerged. That it has gone from strength to strength in the course of a decade, is absolutely a tribute to Dinesh, Rasith and their team, not the least of whom, as they would readily agree, is their admirable mother. All have worked immensely hard, and attention to detail has been conspicuous. The individualisation of your bicycles and tuk tuks precisely illustrate the point!
So, once again, wonderful that you had such a good time, and "Bravo Rasith, Dinesh and Different Discovery!" I hope you will all think about returning. There's lots more to discover from the great Buddhist shrines of Kandy and of the North, to the tea gardens of 'Little England', to the stunning beauty of Ella and the World's End, to some of the best whale watching there is, to the wildlife parks and the Elephant Orphanage at Pinawalla, to endless tropical beaches - very important for the young 'to chill out'!. If you do, I've no doubt that your first port of call will be Different Discovery aka Tour Sri Lanka and Thraprobana, the last name being a genuflection to history.

Thank you for a superb day before yesterday; 23rd July, 2014 - I am on the way home and thought it might be useful to send you a little write up of our day - Different Discovery.
On the final day of our tour of Sri Lanka, we were treated to a superb day of excitement and activity by Different Discovery. They had tailored everything to our personal needs - right from the welcome drink of King Coconut to the stickers on the back of the vehicles.
The director of the company, Rasith, also went through a huge amount of effort to ensure he met us when we landed in Sri Lanka in order to put our mind at ease about the day.
We asked for 3 activities, a bike ride, a tuk-tuk tour and a boat trip on the lagoon. However, we were also given a very informative trip around the Negombo fish market by a local tour guide!
The bike ride was a lovely way to see the fishing town, winding our through bustling back streets, passing temples, local schools and weaving our way past the countless other bikes and cattle!
After the leisurely ride, we visited the Negombo fishing market where we were walked through the process of salting and drying out the freshly caught fish. It was myriad of color, smell and busy workers making their living. All of the pupils were delighted to have been able to witness the market first hand with a very experienced tour guide.
We then boarded the hoard of tuktuks - 18 in total, all kitted out with our school logo! We started with a steady cruise through the town, stopping off for some freshly squeezed fruit juice en route. As we hit the open roads the pace went up, along with the adrenaline levels! Safety was paramount throughout as we were guided by support vehicles, painstakingly mapping our route. For many of the pupils, this was the first tuktuk ride they had experienced, it did not disappoint! A hour later we were delivered to our next activity - the lagoon boat ride.
Before we embarked on the speed boats, we were treated to a traditional Sri Lankan lunch, potentially the best meal we had experienced throughout the entirety of the tour! Dahl, green beans, steamed rice, chicken and a wealth of salads and sauces greeted us. Not only was the food superb, we were entertained by a group of musicians playing some classical island music.
Immediately following our lunch, we jumped into the boats to begin our lagoon adventure! Each boat was greeted by an attentive and knowledgeable tour guide - they talked us through the wildlife on view and were quick to point out kites, sea serpents and, many people’s favorites, the water monitor!
After delving into the mangroves, learning about the careful ecological balance, we returned to the harbor. Different Discovery was attentive and helpful throughout the trip. Water was always on offer and we consistently felt well looked after in the hands of very capable professionals.